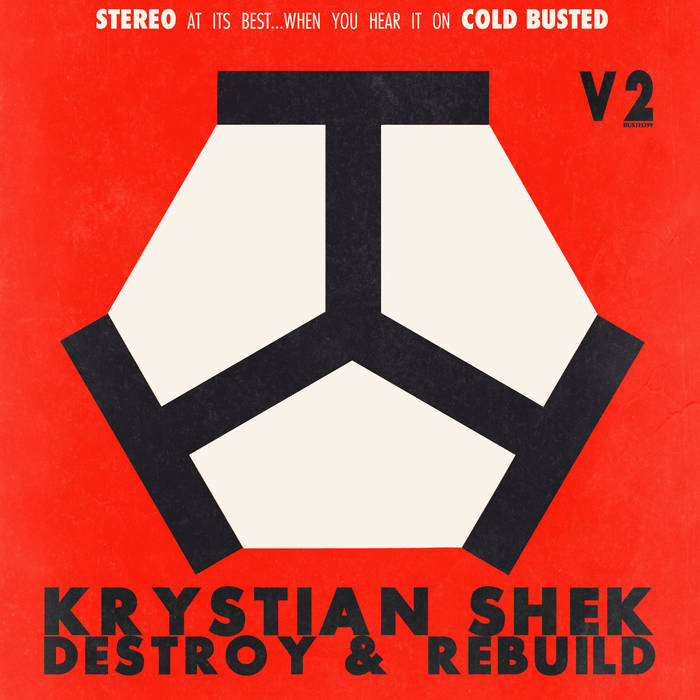 Krystian Shek is back with his new album Destroy & Rebuild V2. Krystian appeared on the scene in 2003 with his first of three artist albums on the late Pete Namlook’s FAX +49–69/450464 label. Impressively prolific, other albums appeared on labels such as the Indonesian imprint UTC Wired and Diventa Recordings while singles have found their way onto Berettamusic and previous Cold Busted releases. Destroy & Rebuild V2 takes on world influences matched with sharply percussive downtempo beats. Highlights include the sweet sounds found sifting through the South East Asia-inspired "Soi Honey," the funky breaks, spaced-out Middle East synth melodies, and grinding bass line that make up "Muammar Al Gaddafi," and the glitchy acid-tinged "Sunshine." The latter wouldn't feel out of place as the theme to a dramatic special agent movie scene shot in some exotic location (music licensors for action films take note). A solid collection.